Endgame Puzzle – Can Player A stop Player B from winning ? 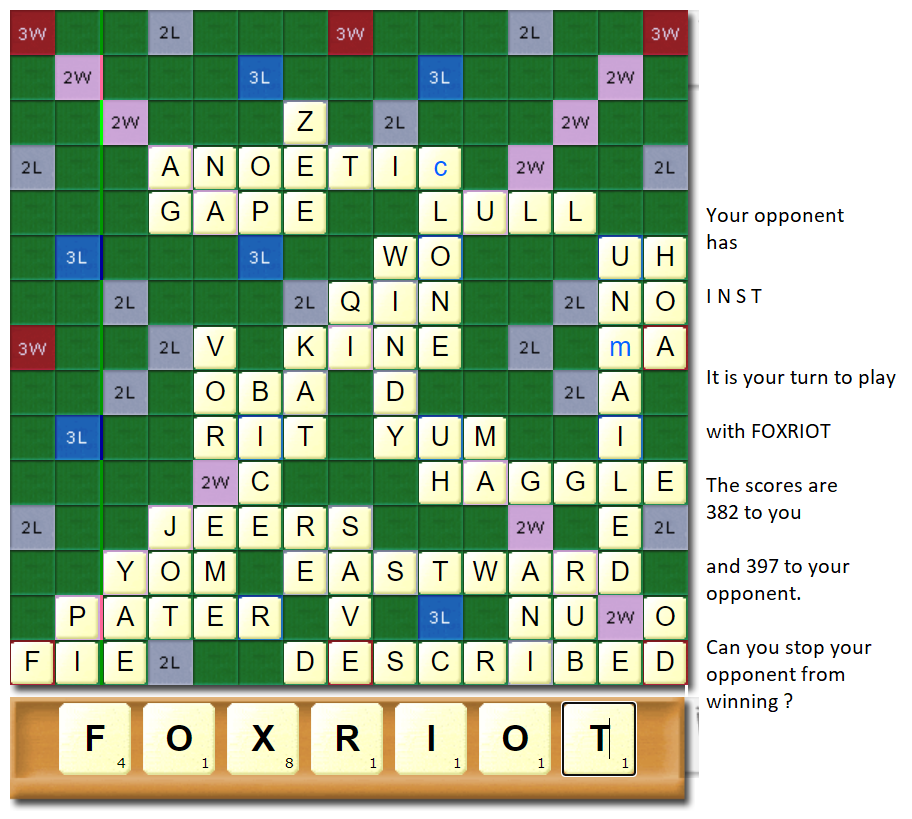 It is Player A's turn. Can you see how Player B can win ? Can you stop it ?

Thoughts and analysis below.

On the first inspection, a 15 point gap holding an X should be a straightforward win for A. However B can play out on their next move in 3 places :

Player A needs to score 15 points remove the deficit, another 6-12 points to outscore B’s play AND score enough to outscore the +/- of the remaining letters.

Thus the moves would go :

A similar result occurs if player A plays FAX/HOAX row 9.

But there is one move by A which will guarantee a minimum of a draw, and an outside chance of a win!!!!!

But what if B got greedy ?

The F of FIXT is two places below a triple word score, and SIFT scores a very reasonable 24.

So in summary, if both players played to the best of their ability, the final score is a 411  draw !!!